This summer's spectacular event, the 2016 Rio Olympic Games, which has officially started for three days, are bringing together the greatest athletes in the world in their respective disciplines.

As regards the basketball, the Spanish team will seek to achieve its third consecutive medal in Olympic competition, which would be the fourth in its history. And, how could it be otherwise, his great bastion is one of the most important players in the history of Spain: Pau Gasol. The new signing of the San Antonio Spurs continues to increase his legend on the court and off it. 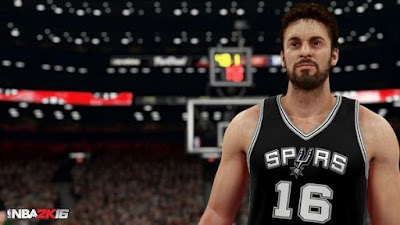 The path of Pau Gasol and want many elite athletes. From his jump to the NBA in 2001 to sign with the Memphis Grizzlies until the 2016 in which it committed to the San Antonio Spurs, Gasol has established itself as one of the players concerning the elite of world basketball, getting the ring NBA champion in two editions.

The great successes of the Catalan power forward have not gone unnoticed by anyone, why from 2K Games have not hesitated to choose the Spanish star Pau to cover of his new video game simulation baloncestística: NBA 2K17. Although last year's title, the player the Chicago Bulls at the time shared the cover with his brother Marc, this is the first time in his fifteen seasons in the NBA that makes solo, thus increasing a legend that seems endless. 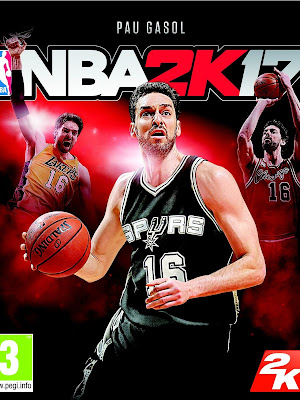 Thus, Pau Gasol joins this year to a milestone in the modern history of the sport, who stars in the cover of NBA 2K17 Legend Edition: Kobe Bryant. The Lakers icon has earned retire overhand and from 2K Games did not want to lose the opportunity to honor him with a special edition for all fans of the US. For everyone knows that Pau and Kobe also have an excellent relationship for his time on the Lakers, so make an unbeatable tandem with the public that is thinking about buying the game.

"I am delighted to star in the cover of NBA 2K17" says Pau Gasol, in the words granted to the developer of the title. "NBA 2K is the game that best reflects the emotion, intensity and complexity of the basketball, and I am proud to be the visible face in Spain, where more and more players and fans who dream of NBA there". This, Pau enters a privileged cast of players who have stamped his face on the cover of the best basketball simulator in the modern era of video games.

There have been many who have joined this fact: Stephen Curry, James Harden, Anthony Davis (NBA 2k16), Kevin Durant (NBA 2K15), LeBron James, Derrick Rose (NBA 2K14), Magic Johnson (NBA 2K12) Michael Jordan (NBA 2K11, NBA 2K12, NBA 2k16), Blake Griffin (NBA 2K13), Kevin Garnett (NBA 2K9) or Shaquille O'Neal (NBA 2K6, NBA 2K7) are some of the names that are in the same step Pau Gasol, in relation to the cover solo star in a video game NBA 2K. Each and every one of these names are part of basketball history, a story to which the Spanish athlete not for adding chapters and whose end is not yet written.

So when in just over a month you turn to your game store, you will find the Barcelona wearing T-shirts Lakers, Bulls and Spurs on the new cover for the standard edition of NBA 2K17. NBA 2K17 will be available on September 16 for PlayStation 4, PlayStation 3, Xbox One, Xbox 360 and PC.
Posted by Unknown at 6:01 PM