As the coming of the NBA 2K17 game release date, fans expect some changes to be made in next title. The topic is mainly about upgrade in players’ ratings and the NBA 2K16 career mode overhaul.

The game’s enthusiasts anticipate a player ratings upgrade for NBA 2K17. The stats ratings of NBA players are based on how well they played in the previous season. But there are cases when 2K could not project how much a player improves in court during the next season. 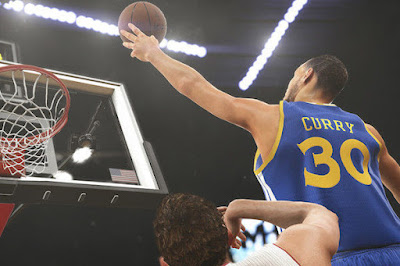 As most people have seen from the last NBA 2015-16 season, several players will definitely need a ratings upgrade. Among the popular Basketball superstars which need a plus rating is the darling of the crowd Stephen Curry.

In NBA 2K16, Curry gets a 92 rating but according to critics, it will not give due credit to the star player, given his unparalleled achievements. He bagged the MVP awards consecutively and is the first unanimous season MVP in NBA history. As per his record, he has averaged 30.1 points, 6.7 assists, and 5.4 rebounds last season.

On the other hand, Kristaps Porzingis ratings in last year’s entry was at low 70’s. Critics also say that his ratings need a stat boost, as first runner-up to Rookie of the Year Karl-Anthony Towns.

Speaking of Karl-Anthony Towns, his previous 78 rating could increase this year. Other stars who could use an upgrade includes LeBron James. The same proves true for CJ McCollum who scored the Most Improved Player in NBA 2015-16 season.

In addition to that, we are still more concerned with the playing experience in NBA 2K17. The biggest change that we want is to have the game recognizing our decisions made in MyCareer thus allowing it to influence our story. Fans saw the addition of Career Mode in last year’s NBA 2K16, a first in the series. 2K even boasted the involvement of popular filmmaker Spike Lee in its “Be the story” campaign. However, this new feature has come short of fans’ expectations. It showed limited choices with trivial end decisions, leaving this new feature futile for most gamers.

Hence, avid gamers of the Basketball sim game wish to see some improvements in the Career Mode for NBA 2K17. They want that the player’s development in their story will bring an impact in the game, reports NseaVoice. This is something really positive and we can’t wait to try it out.

But of course, the above is just our biggest wish for Career Mode in NBA 2K17. As great as the series is, the Career Mode has been pretty stale and it is in sever need of an overhaul.

By the way, fans can pre-order NBA 2K17 to get the legendary 1992 Dream Team, an early tip-off and other exciting freebies.

New features update focus on our site.
Posted by Unknown at 6:43 PM